Welcome to Hangry Hatters! We are so excited to begin sharing all of the information life forced us to learn.

My name is Erika and my husband, Jake, and I will both be posting on this blog! When we were 19, I was literally living on burritos, Cheddar Bay biscuits (I worked at Red Lobster), and cereal. Jake moved in with me as a roommate but as soon as I found out how well he could cook…. well let’s just say we started dating January 28 and got married May 5 – the same year – and the rest is history!

Jake still cooks, I don’t at all. So when I was diagnosed with a milk allergy in 2011 and our youngest daughter was diagnosed with kidney disease a few months later, eating dinner together became nearly impossible. It has been one crazy rollercoaster over these past few years navigating health problems and dietary restrictions. As our daughter’s kidney function decreased, her dietary restrictions increased from a low sodium diet to a full renal diet, limiting sodium, potassium, and phosphorus.

After she underwent a kidney transplant in 2015, she was finally able to eat things like hotdogs again and grocery shopping became pretty simple again. We only had to look for milk in foods that I was going to eat. And for so many years, we were naive to the severity of my food allergies. I accidentally and purposefully ate foods with milk in them, trusting I could use an inhaler and I’d be fine.

One night I wanted Ben and Jerry’s Ice Cream so badly that I just went ahead and had some, and by some I mean a pint. I had some trouble breathing and used my inhaler over and over, it didn’t work. I took Benedryl and I lucked out that night. I handled an anaphylactic reaction completely wrong and could have died. I haven’t chosen to play with fire and test my milk allergy since that day. But eventually, I started having trouble breathing after eating things I knew were free of dairy products.

In 2017, I found out that I was allergic to tree nuts and have Celiac disease as well. Hangry doesn’t even begin to describe those first few months of just being hungry because I was too scared to eat anything and couldn’t just pick something up anymore. Jake has taken the time to learn about all my food allergies and Celiac disease and has found some amazing ways to recreate my favorite foods so that I can still have them. My aunt makes Christmas cookies every year and my favorites were always the ones with the Hershey kisses – the day he made a cookie that tastes just like them was the day I said you have got to start a blog and share all these recipes. So much of the packaged gluten free stuff tastes like cardboard – I need to eat gluten-free but I need it to taste like real food!

Our blog is going to have tons of recipes and information about food allergies, Celiac, and kidney disease. We believe that proper nutrition and vitamins can prevent many diseases. Our healthcare system advocates the use of pharmaceutical drugs to treat symptoms while many problems are caused by improper nutrition and lifestyle choices. I am no longer malnourished and feel so much better! We have made huge strides towards making our home chemical and toxin free by choosing better products for the bathroom, laundry, and cleaning.

Thank you for joining us on a journey to better health and delicious dinners and cookies because I love cookies so much! 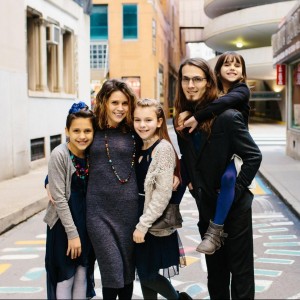 NEW GLUTEN-FREE, DAIRY FREE RECIPES IN YOUR INBOX EVERY WEEK